Ion-beam irradiation of diamond-like carbon (DLC) by He ions was studied. Molecular dynamics simulation was performed to understand the effects of irradiation on the nano-topography and chemical state of the coatings and determine the optimal irradiation conditions. Then, the experiment was conducted to validate the results of the simulation and correlate surface modifications to biomedical properties. It was demonstrated that the irradiation led to the formation of a low-density and low-sp3 content surface layer. The structural and chemical properties of the final surface were nearly independent of the initial sp3 content and irradiation energy. The biocompatibility of DLC-based nanocomposite coatings was significantly improved by ion-beam irradiation. Nanocomposite coatings were irradiated by 1 keV He ions. Irradiation with a dose of 4.2 × 1015 ion/cm2 increased the adhesion of MG63 cells dramatically from 10 to ∼100%. 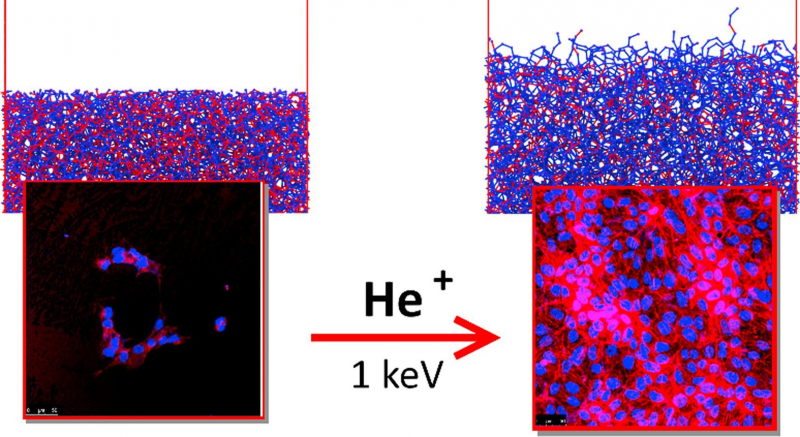