Coronary artery disease are the most frequent cause of death. Nitinol has been widely applied in a wide variety of medical devices such as cardiovascular stents because of its excellent properties. The aim of this study was to improve corrosion resistance and biocompatibility of NiTi by anodic oxidation and controlling release of heparin. For this purpose, firstly, as-cast NiTi alloy was heat-treated at 900°C for 1 h to obtain homogenous chemical composition. After solution treatment of NiTi samples, in order to control grain size of NiTi, four different heat-treated groups were examined consisting of (1) furnace-cooled sample, (2) water-quenched sample, (3) water-quenched/ 300°Caged treated and (4) water-quenched/ 500°C-aged treated samples. Followed by characterization via scanning electron microscopy (SEM) and X-ray diffraction (XRD), heat-treated samples were anodized in ethylene glycol solution containing 0.25 wt%NH4F and 1.5 wt % H2O at various voltages (40, 50, 60 and 80v) for various times (10, 13, 15 and 30 min) via one and two-step process. Results showed that the sample aged at 500°C revealed the uniform grain size (163±6μm) and Ti2Ni precipitation presented in the grain boundaries. Furthermore, anodic oxidation of this sample at 50 V for 10 min during one step, led to the formation of uniform TiO2 nanotubes with diameter and length 30±5 and 300±7 nm, respectively. Electrochemical characterization showed that the optimized sample released the lowest Ni (12 ppb) compared to as-cast sample (85 ppb). Furthermore, anodic oxidation of optimum sample led to decrease of Ni release (9 ppb) compared to optimum sample (without anodizing). To improve hemocompatibility and cell behavior of optimum anodized sample, chitosan-heparin nanoparticles with particle size of 55±10 nm were loaded in TiO2 nanotubes for two different times, 15min (15CH-Anodized) and 45min (45CH-Anodized). Resulted showed that the amount of heparin released from 15CH-Anodized was 0.199±0.047 mg/ml and 0.656±0.054 mg/ml for 45CH-Anodized after 14 days immersion in PBS. Our results showed that controlled release of heparin was obtained via loading chitosan-heparin nanoparticle in nanotubes. Moreover, the results of hemocompatibility and cell culture tests showed that cell behavior and hemocompatibility of anodized optimum sample with chitosan-heparin nanoparticle significantly improved compared to anodized optimum sample and as-cast sample. Moreover, the shape memory behavior of optimum sample was investigated and results showed that this sample has 91% shape recovery. In summary, all results confirmed that NiTi sample heat-treated at 900°C for 1h, quenched in water and aged at 500°C for 1h and anodized at 50v for 10min in one step and consequently loaded with chitosan-heparin nanoparticle can improve hemocompatibility and biocompatibility of NiTi alloy for coronary stents. 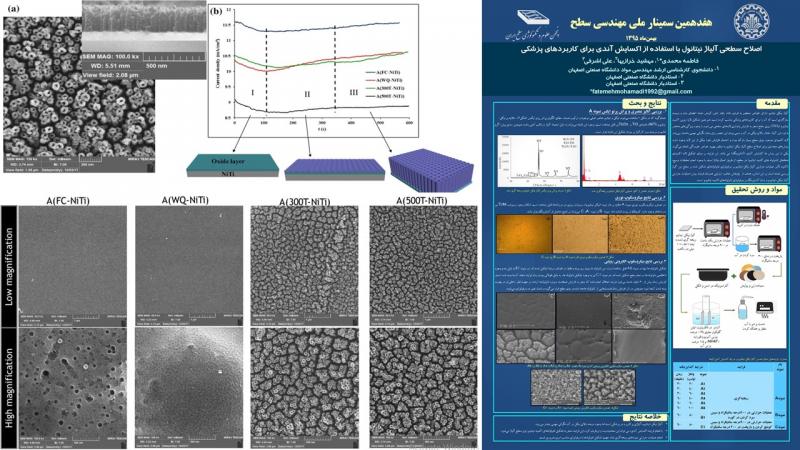 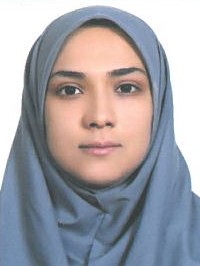